Please help us get ready for Lent by eating lots of pancakes, sausages, and other good foods.

We are a Christian community worshipping in the heart of NDG — since 1896! The community of NDG has changed a great deal since then, and so have we.

Our worship is open and joyful, both contemporary and traditional.  In mission we support the Depot (local focus) and help fight the effects of COVID (international focus). The kids of Kensington are important to our community, since they have their own vitality and gifts to brings to the church.

What makes the season for you? Is it church? Jesus? Christmas Carols? Family? For me, they are all family. And there’s more. I look forward to the family meals, stories, & memories… which are the best gifts of all. This year my boys asked what comes in the stockings. I told them the little oranges – because that was what my parents looked forward to. Memories as gifts handed down from generation to generation.

END_OF_DOCUMENT_TOKEN_TO_BE_REPLACED

Christmas is coming.
Are you not sure what to get someone?

Consider donating to a good cause on their behalf. The Presbyterian Church in Canada is helping people in many ways. You can chose one (or more) that will be meaningful to the person you’re looking for (called a tribute gift) – and they can get a card or email sent to them in recognition.

(we are also accepting food donations for the St. Monica’s Food Pantry, and the Head & Hands items for young mothers – the box is near the front entrance.)

With a decrease in coronavirus hospitalizations and an easing of government restrictions, the Session is welcoming people to worship back in the building.

This will be very similar to how it was before Christmas (but now with the choir). This includes a children’s program and refreshments & social time after worship.
The online Zoom, YouTube, and print versions will still be available.

If you come, here is what you can expect:

END_OF_DOCUMENT_TOKEN_TO_BE_REPLACED

Kensington in The Presbyterian Record

Change has been in the air at Kensington, Montreal, over the past six years as the congregation has adopted global and contemporary songs in Sunday worship. While we still sing many traditional hymns, there are new melodies, harmonies and rhythms rising into the air from sounding board, vocal cords and even the djembe.

Change has also been in the walls and in the ground and in the pews and in the programs and in the financial outlook. So here’s just a sampling of changes made in our congregation’s life over these past years, beyond the embrace of new musical expressions. Changes made in a spirit, I would say, of faithful common sense. END_OF_DOCUMENT_TOKEN_TO_BE_REPLACED 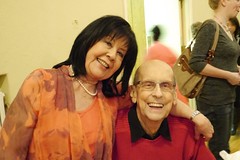 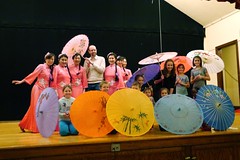 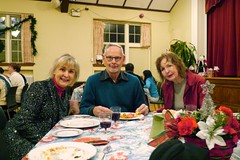